The 2022 Kastner Cup will be contested during the Pittsburgh Vintage Grand Prix’s Historics at Pittsburgh International Race Complex in Beaver, PA. The races are held on the July 15-17 weekend, launching a 10-day motorsport celebration throughout the region. Triumphs will race within their assigned small-bore and medium-bore race groups throughout the weekend, culminating with the Kastner Cup, a Triumph-only feature race on Saturday after lunch and the Kastner Reunion Race at 8:30 am Sunday morning. 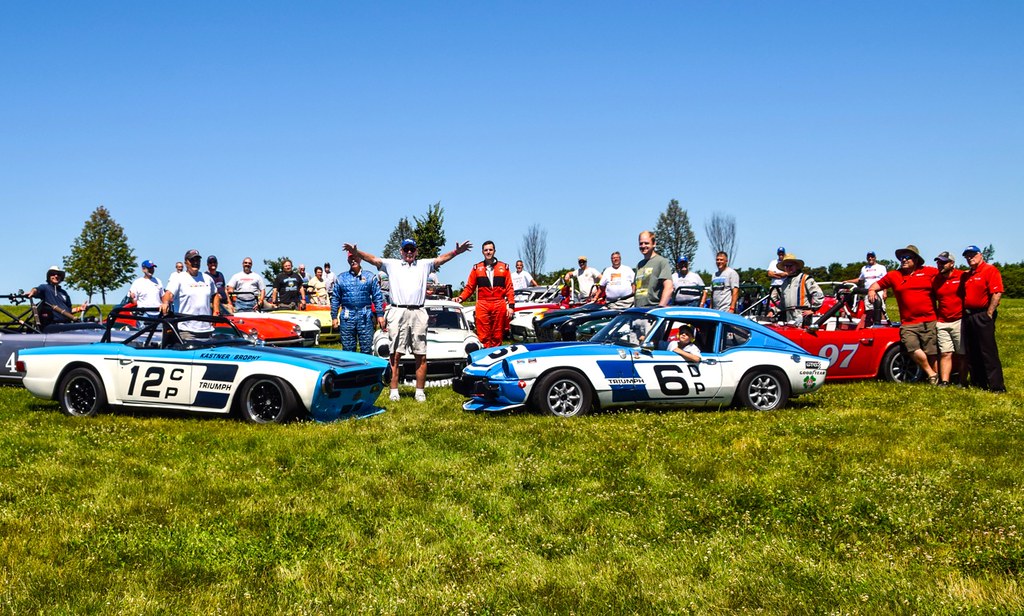 The Kastner Cup has its own website – See it here

The Kastner Cup was previously run at the Historics back in 2018. Photos are shown above and here are the Race Results.

“This will be the 20th running of the Kastner Cup, bringing Triumph TR’s, GT6 and Spitfires together for a national race.” said Jim Dolan, PVGP Chairman and the 2018 Kastner Cup event chairman and winner. “Pitt Race is an exciting 2.8-mile track with great elevation changes, fast sections and big runoff areas. Drivers who race in the Kastner Cup can race the following weekend through the streets of Schenley Park – vintage racing like it was in the late 50’s, hay bales and all”, said Dolan.

The Kastner Cup was previously run at the Historics back in 2018 – Results.

The Kastner Cup was created by the late R. W. “Kas” Kastner who passed away last April at 92. The Cup was first awarded at Mosport Canada in 2003 and then each year afterward at a different track around the country.

Kas was a well-known production car racer in the late 1950’s. He capped it off in 1959 when he won the SCCA Championship and was Class Champion of the California Sports Car Club behind the wheel of his 1958 TR3A Triumph.

The Kastner Cup has become a major event on the vintage racing calendar for British car fans. The race is held at a different track each year to provide Triumph racers across the country a chance to compete for the Cup. Open to all race prepared Triumph powered cars, the Kastner Cup is awarded to one competitor based on the following criteria: Pitt Race is a 400+ acre road race and karting facility located 40 miles northwest of Pittsburgh.  (www.pittrace.com)  The circuit is 2.8 miles in length, with 19 turns, a 36-foot-wide racing surface, and 110 feet of elevation change. The track is the perfect set-up for the Triumph only race – it is fast and challenging with lots of runoff, two long straights. The 2022 event is set up to give Kastner Cup entrants the option to run both race weekends – the PVGP Historics at Pitt Race and the PVGP Vintage Races in Schenley Park. Racers may store race car trailers at the Pitt Race facility for free if they are racing both weekends. The street course in Schenley is a bucket list track that is ideal for Triumphs. The street circuit is 2.33 miles with 22 turns – 3 of which are almost 180 degrees – and 17 elevation changes.

The Kastner Cup is organized by members of the Friends of Triumph (FOT). FOT is a group of vintage racers dedicated to preserving the racing heritage of the Triumph marque. Campaigning these automobiles on the track is at the essence of why FOT was organized.