The Pittsburgh Vintage Grand Prix is set to celebrate its 40th annual event in style by bringing back its exclusive and anticipated Passport to Elegance event. This high-flying party, presented by UBS Walnut Wealth Management Group, produced by LUXE Creative and styled by TWIN PINE, lands at Pittsburgh-Butler Regional Airport. Guests will be part of a unique experience where every detail rivals the most exclusive of world-class charity events. LUXE Creative, known for their unique, exciting and engaging luxury events that do not disappoint will again be producers of this event.

This year’s party will take you back through time to experience the change, growth and innovation of the past 100 years. Get immersed in the evolution and examples of the rare and interesting automotive and air transportation throughout this period in a festive and lavish atmosphere featuring scrumptious passed hors devours, top notch strolling food stations and two top-shelf open bars. The evening will also include live big band music, silent and live auctions and other surprises you won’t want to miss.

Get your tickets now to experience this spectacular event. Get a group of 8 or more together for an even deeper discount of $100 off a regular priced $375 ticket. 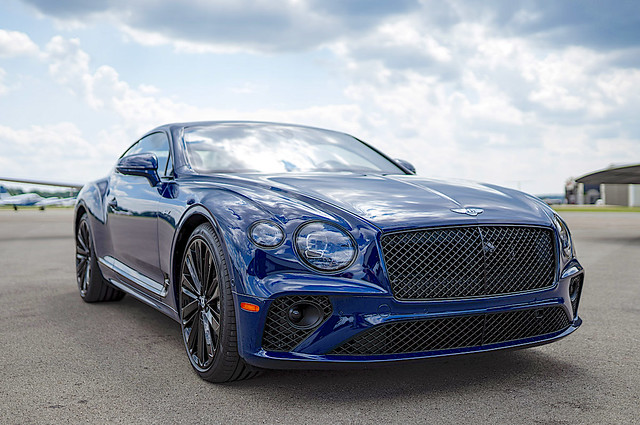 We are excited to announce the first featured airplane for 2022. In the mid 1930’s, John Paul Getty was the richest man in the world and was leading the aviation world away from tube and fabric airplanes with a sleekly designed aluminum speedster, the Spartan Executive. Equipped with a 450 horsepower, 985 cubic inch, supercharged radial engine, it had a cruising speed of 190 MPH and a range of 1000 miles. At $25,000 during the Great Depression, most were used by oil companies when Oklahoma was the oil capital of the world. Although designed as an executive transport, 23 of the 34 built served in either a direct or indirect military role during World War II. Three of those Spartans were used by the British to train American pilots for service in the legendary Eagle Squadrons of the Royal Air Force. Five of the airmen who trained in the Spartans became WW II aces. They would become both household names and some of the earliest aviation heroes of World War II. After the US entered the war, the Eagle Squadrons of the RAF were merged into the US Army Air Force and became the foundation of the American air war in Europe. Only one for those RAF Spartans is still airworthy and is based at the Pittsburgh Butler Regional Airport. Many thanks to Jim and Anita Savage for sharing this incredible and historical aircraft with us. Learn more here

The party starts at 6:00 and runs until 10 PM. Ample parking is available at the Airport and it’s easy to find off of Route 8. All food and drink are included with your ticket and there will be an auction to help raise additional funds for our charities.

“I love the beauty of vintage cars, especially ones from the ’50s and ’60; and this event easily rivals the one out in California’s Monterey Bay.”
–  BOBBY RAHAL, Indianapolis 500 winning race driver and special guest at the inaugural Passport to Elegance party.

This event boasts the crème de la crème in people, cars, airplanes and experiences, no tuxedos or formal gowns needed. Determine your own interpretation of chic jet-setter party fashion for a balmy July night. We can’t wait to see your style!

A special thanks to Presenting Sponsor UBS Walnut Wealth Management Group for their desire to once again be associated with this first-class event for the fourth year! There are opportunities available for event sponsorship that include event tickets and logo placement on signage. But don’t wait long, download the 2022 Passport Sponsorship – PDF or contact Dan DelBianco or Stephanie Shaffer for more details.

We want to extend a big thank you to the volunteers from Merakey AVS and the BMW Club that make the Passport to Elegance Party such a big success!

Buy Tickets and Sponsorships by clicking the blue box below.

Take a Victory Lap with the Grand Prix – November 30

Photo Highlights of the 2022 PVGP