Racers leave the paddock in parade formation from the starting grid at 6:15, right after the driver’s meeting ends at 6:00. We encourage them to make the trip in their race cars and park along Forbes Avenue in Squirrel Hill. You can drive up in your support vehicle too, but we ask that you not park with the race cars. The event runs from 6:30 until 8:30 PM.

Friday’s parade and car show are open to the public and there is no charge to come and watch. This is a great way to meet our drivers, grab some dinner and shop in Squirrel Hill. Please join us for this preview of the cars that will race through Schenley Park on the weekend. 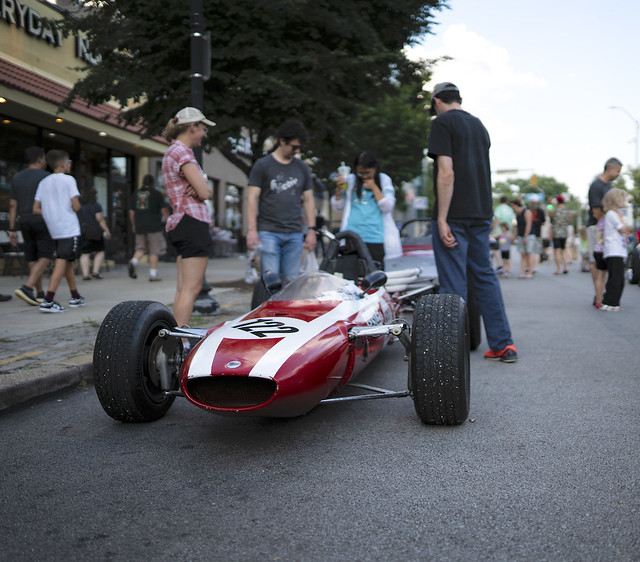 Stage 75-100 race cars along the bottom of Beacon Street between Hobart and our street closure.

Take a Victory Lap with the Grand Prix – November 30

Photo Highlights of the 2022 PVGP