Honoring Our Volunteers and Partners with Checkered Flags

On Wednesday, November 30, the Pittsburgh Vintage Grand Prix awarded 18 checkered flags to volunteers and partners. This is our way of showing our appreciation for everything they do to make our event possible! 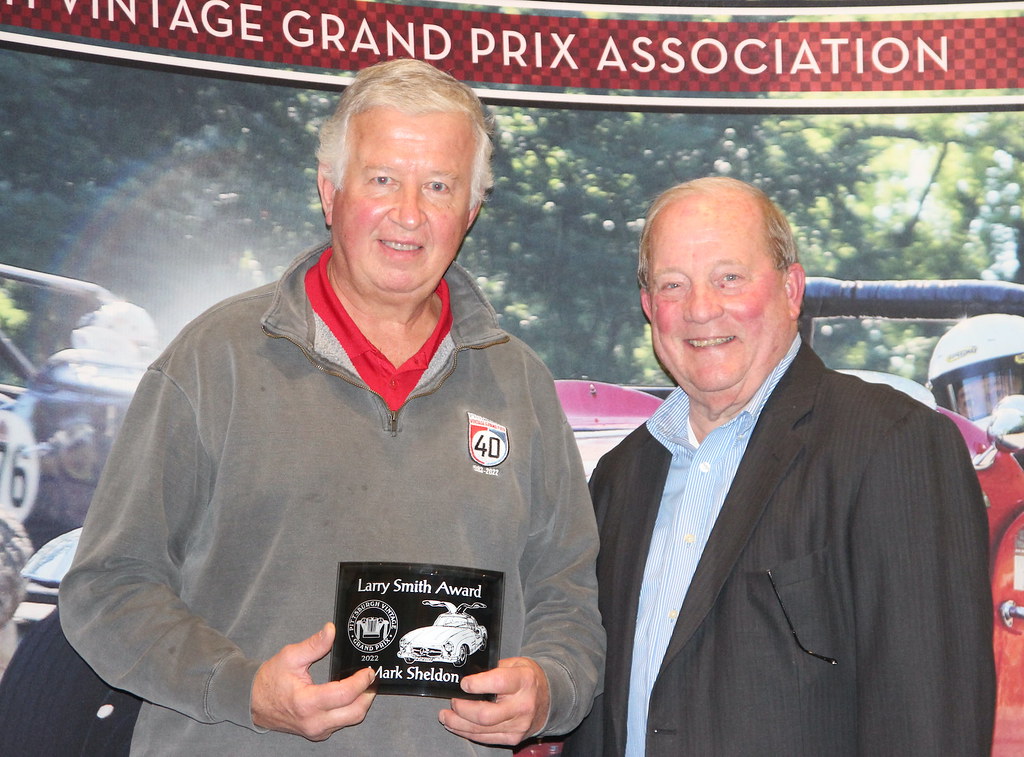 PVGP Checkered Flag History
Starting in 2009, the Pittsburgh Vintage Grand Prix Association began awarding embroidered checkered flags to recognize the extraordinary efforts of its volunteers and partners. These are the same flags we award to the winners of our races.

Don Brown
The first flag was awarded posthumously to honor our Chief Starter, Don “Downtown” Brown. Don was one of our original volunteers and the man who waved the checkered flag at the PVGP finish line for 26 years! Since then, we have presented the flag for 139 winners listed here.

The list continues to grow each year because the PVGP has 1,200 volunteers and supporters who give an incredible amount of time and effort each year. Congratulations, you are all winners!

Begun in 1983, the Pittsburgh Vintage Grand Prix Motorsport Festival features two weekends of racing action. The first weekend is the PVGP Historics at Pitt Race. The second weekend is racing on a 2.33-mile road course set on the streets of Schenley Park, a city park adjacent to the Carnegie Mellon and University of Pittsburgh campuses.  Between the race weekends there are car shows, parties, car shows road rallies, and more. PVGP is a volunteer-run event with 1,200 volunteers. The PVGP is a 501 (c) (3) non-profit organization with a charity mission and has raised $6 million for individuals with autism and intellectual disabilities. PVGP History