Five years ago, when the local BMW club chapter requested to be the PVGP’s 2018 Marque of the Year they where determined to be the best marque ever. At the PVGP Victory Lap Celebration held fittingly at the Hofbräuhaus Pittsburgh, they learned they did just that. With the help of the BMW CCA bringing their national Oktoberfest event to Pittsburgh, over 750 show cars at Schenley Park, more than 110 BMW racers entered and the tireless efforts of the local Allegheny Chapter – a record $126,500 was raised! More than a dozen members of the local and national clubs were in attendance at the Victory Lap event to celebrate the record setting efforts. Dan DelBianco, PVGP Executive Director expressed heartfelt congratulations from the PVGP to the BMW Car Club of America, BMW North America and all the participants saying “the BMW Club embodies all that is special and unique about our event and our supporters. They put in years of planning, work and dedication and pulled off a wonderful event.”

The Pittsburgh area BMW dealers, led by Rick Speicher and Rahal BMW, fueled the record with their sponsorship and a generous donation of auction items. This record fundraising effort comprised of donations raised from track rides, event ticket sales, racer entry fees, individual donations and merchandise sales, with the largest portion coming from car show entry fees to the O’Fest gathering at Schenley Park. The previous marque record of $75,300 was set in 2013 by Mustang and the Neighborhood Ford Store.

According to Gary Sefcik, President, Allegheny Chapter BMW Club “last night I had the distinct pleasure to attend the Pittsburgh Vintage Grand Prix Victory Lap Celebration, along with the Chapter leadership team and the National leadership representatives. I am proud to announce that we shattered the past record with a final tally of $126,497.  This could not have been reached without the vision of Jeff Taylor and Brett Sutton (shown with sign at left), who had the idea to combine the BMW Oktoberfest and the PVGP, the dedicated volunteers who spent countless hours planning and executing and all of the members who attended the events. We also owe a thank you to all of the sponsors who help make the PVGP a “must attend” event for our chapter and the other chapters from around the country who attended. A special thank you to Bobby Rahal BMW, who donated two Indianapolis 500 weekends and provided considerable support throughout the event.”
The special moment that the check for this record fundraising effort will be presented to the PVGP charities will take place on the much larger stage of the 2019 International Car Show’s Dancing With the Cars party at the David L. Lawrence Convention Center on Thursday, February 14. All attendees of the Victory Lap Celebration were entered into a drawing for two tickets to Dancing With the Cars and the winners were Jeff Duxbury from the Bob O’Connor Golf Course and Tim Swisher from the BMW Club.
With Shelby and Mustang as the Marque of the Year in 2019 and Porsche designated for 2021, these organizations already have plans underway and a big fundraising target to shoot for. 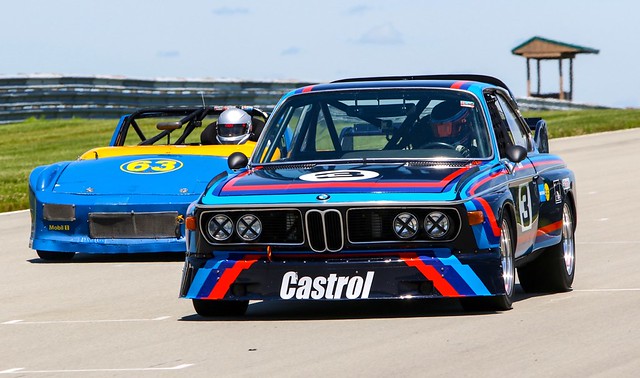 Vote for the PVGP in the Best of the Burgh